A Message from the Pokémon Masters EX Team
(Vol. 36)

A Message from the Pokémon Masters EX Team (Vol. 36)

Today, we’ll focus on details about new Sync Pairs that debut at the end of July, as well as events for August.

This update will include major improvements to the usability of the UI, which we mentioned in previous messages.
Today, we’d like to share with you some of the changes that have been made, so please take a look at the new and improved features!

First off, we’ve updated the Sync Pairs menu.
Strengthening Sync Pairs in particular has been made smoother. Up to now, you’ve had to go to individual screens, such as Level Up and Unlock Level Cap, to perform upgrades, but with this update, the redesigned screen layout will give you a more streamlined experience.
New features have been added as well. The Max Upgrade feature lets you strengthen Sync Pairs by using multiple upgrade items at once, and the convenient Multiple Upgrades feature lets you select Level, Unlock Level Cap, or Theme Skills to upgrade your selections using all of the items that you have.

In addition, the common shortcut feature was added, enabling you to open the common shortcut screen from some screens.
This feature allows you to use the common shortcut screen to access various features, including ones you previously had to return to the Pokémon Center to access. For example, you can now go directly to the Sync Pair Scout screen from the Explore screen.
Plus, the reverse item lookup feature has been added, which shows where you can find items. Some item details screens now include the “Where to Find” button, which displays an item location list, letting you go to the areas and features where you can find the item you’re looking for.
We hope you’ll take advantage of these features and enjoy playing Pokémon Masters EX even more than before! 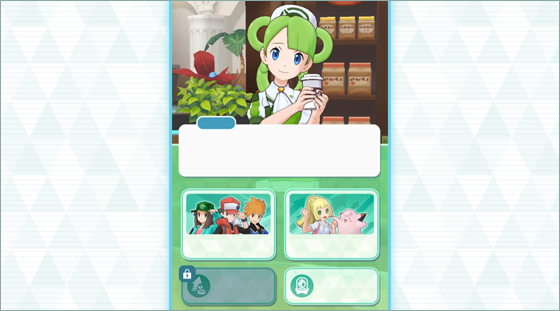 We have many other updates in the works, so please check the update notification for details.
We’ll continue to make improvements to the game’s usability even more in the future, and we look forward to receiving your feedback.
Note: These changes will take effect after the update is applied.

The Hoenn Chapter of the Villain Arc will be released on July 28, 2022.
To coincide with the addition of this story, an event is also scheduled to begin at the same time.
In this event, you’ll be able to raise Zinnia & Rayquaza to 6★ EX by collecting Legendary Spirit, so we hope you look forward to powering them up.

Also, during the event, May and Brendan will appear as Fair-Exclusive Sync Pairs wearing sygna suits in Sync Pair Scouts on separate days.
Next, let’s take a look at what these Sync Pairs are capable of.

Sygna Suit May & Blaziken are a Fire-type tech Sync Pair.
They have some distinctive capabilities, such as being able to reduce their Sync Move countdown a lot with their Head Start 2 Passive Skill, as well as with their Propulsion 1 Passive Skill, which they gain when Blaziken Mega Evolves after using their Sync Move.
Also, their Fired Up! Move raises their Attack by four stat ranks and their accuracy by one stat rank while also reducing their Sync Move countdown by one and applying the Move Gauge Acceleration effect to the allied field of play.
They can also use Dire Hit All + to raise all allies’ critical-hit rate by two stat ranks, and they have the powerful Fire-type Blaze Kick Move, making them a tech Sync Pair that can also take on the role of a strike Sync Pair.

Sygna Suit Brendan & Latios are a Dragon-type support sync pair.
Their Flying Free! Move raises the critical-hit rate of all allies by one stat rank and uses a maximum of three Move Gauge slots. The more slots used, the more it raises all allies’ Sp. Atk and Sp. Def (which can be raised by up to four stat ranks maximum). Also, all allies will be granted the Free Move Next effect when using three Move Gauge slots, giving this Move an extremely powerful range of effects.
Also, thanks to their Passive Skill, they can raise the chance of lowering stat values with the additional effects of Moves. When an opponent’s stat is lowered by the additional effects of Moves, it will be lowered by double the stat ranks, meaning Luster Purge’s additional effect will be guaranteed to activate and lower the target’s Sp. Def by two stat ranks.
They can also use Potion to restore an ally’s HP, so they can aid their allies in a variety of ways, both offensively and defensively.

In addition to these Sync Pairs, two more Sync Pairs that play a big part in the Villain Arc’s story are scheduled to appear in Sync Pair Scouts in the future, so we hope you look forward to it.

Pokémon Masters EX will soon reach its three-year anniversary! We’re deeply grateful for your support.
To show our appreciation to all players, several festivities are coming on August 14, 2022 at 10:00 p.m. as part of our Run-Up to Three Years Rally, including a Log-in Bonus and Mission Bingo!
We’re also planning all kinds of other content, including an event that lets you team up with a special Sync Pair, so don’t miss it!

Existing Sync Pairs Get Even Stronger!

To coincide with Pokémon Masters Day from now on, one Sync Pair that is already in the game will be powered up each month!
They’ll be powered up by having new tiles added to their Sync Grid. We’re going to focus on Sync Pairs that have already been strengthened with additional tiles but may not see many opportunities to be used in battle because their updates came a long time ago.
We hope you look forward to finding out which Sync Pairs get powered up!
Please note that some tiles may require a certain move level to be unlocked.

We’d like to follow up with more information about the new major content that focuses on connecting and interacting with Trainers, which we’ve mentioned in previous messages.
Development is progressing smoothly, and we are pleased to announce that it will be released in Pokémon Masters EX as part of the update scheduled for the end of August.

Our next message is scheduled for late August.
In it, we plan to share information about the Three-Year Anniversary, new Sync Pairs that will arrive in September, and the Trainer Lodge.