A Message from the Pokémon Masters EX Team
(Vol. 37)

A Message from the Pokémon Masters EX Team (Vol. 37)

Today, we’ll focus on details about the Trainer Lodge, the three-year anniversary, and new Sync Pairs that will debut at the end of August.

At last, the Trainer Lodge has arrived! This is the new major content that focuses on connecting and interacting with Trainers that we mentioned in previous messages.
Today, we’ll share some details about the Trainer Lodge, so we hope you give it a try.

The two main features of the Trainer Lodge are interactions and expeditions.

With this update, 9 Trainers can be invited as Guests. We plan to make more Trainers available in future updates. We hope you look forward to it.
Note: To invite a Trainer as a Guest to the Trainer Lodge, you need to obtain that Trainer’s lodge-applicable Sync Pair. 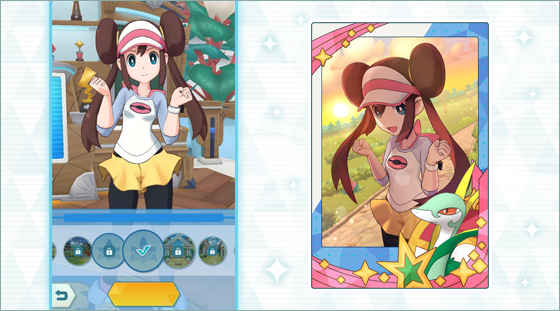 Next, we’ll tell you about expeditions.
You can choose Sync Pairs to form a Team and send them on expeditions to various spots on Pasio.
By launching expeditions, you can get rewards, including items used for interactions and items that can be exchanged for various Upgrade Items.
Each Sync Pair has Expedition Skills that will make it easier or harder for them to find certain items.
Form an Expedition Team with various Sync Pairs and try to get rewards as efficiently as possible! 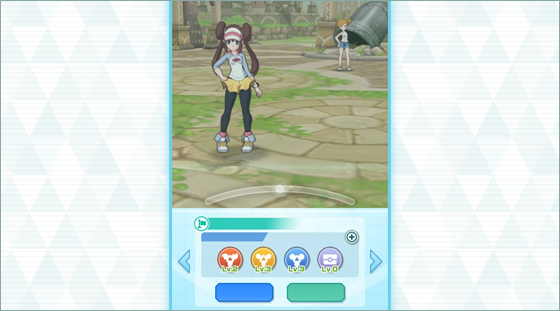 The Three-Year Anniversary of Pokémon Masters EX Is Almost Here!

Pokémon Masters EX is about to celebrate its three-year anniversary! We’d like to extend our sincere gratitude to all players.
As a token of our appreciation for your support and to commemorate the three-year anniversary, a Log-in Bonus, new events, a present of 3,000 gems, and other Rallies are coming your way starting August 27, 2022 at 10:00 p.m..
Here are specific details about what we have in store for the anniversary.

Ash Arrives in the Scout!

At long last, Ash will arrive in the Sync Pair Scout as a Master Sync Pair!
In addition to our usual Master Fairs, gem specials will be on sale to commemorate the arrival of Ash. A special one-time-only Sync Pair Scout ×11 featuring Ash in the Master Fair will be available for 1,000 paid Gems!
Also, Ash’s event from July will return, and a new Story Event will begin.
Plus, Special Events are scheduled to begin at the same time! In one of them, you can battle Ash and his Pokémon daily for amazing rewards, and in the other, you can take on challenging battles. We hope you look forward to them!

Powerful new Moves called Buddy Moves will debut!
To use a Buddy Move during battle, you must first meet certain conditions, which differ for each Move. Each Move will have its own powerful specialized effects, and some future Sync Pairs will have them as normal Moves.
Ash & Pikachu, Sygna Suit Cynthia (Aura) & Lucario, and Sygna Suit Red (Thunderbolt) & Pikachu, who all make an appearance during the three-year anniversary, will have Buddy Moves!
More Sync Pairs with Buddy Moves are scheduled to arrive in the future and will not be limited to Master Sync Pairs. We hope you look forward to them.

Next, we’d like to tell you about the Buddy Moves the Sync Pairs that appear during the three-year anniversary will have, as well as these Sync Pairs’ other capabilities.

Ash & Pikachu are an Electric-type strike Master Sync Pair.
Their Buddy Move is called B Thunderbolt and is usable after Ash & Pikachu use a Move three times. It gets more powerful the more move gauge slots it uses (up to six slots), so you can deal major damage depending on the situation.
Also, their Ash’s Passion Passive Skill has extremely powerful effects. It increases the power of Ash & Pikachu’s Thunder, reduces its Move Gauge usage by one, and makes it guaranteed to hit.
Their Not Gonna Lose! Move charges their Move Gauge by six, restores their HP by approximately 20%, and applies the Supereffective ↑ Next, Damage Guard Next, and Gradual Healing effects to themselves.
They also have other powerful Moves and Passive Skills, making them a versatile Sync Pair that can be helpful in all kinds of battles.

Sygna Suit Cynthia (Aura) & Lucario are a Fighting-type support Master Sync Pair.
Their Buddy Move is called B Aura Sphere and is usable every time they are hit by two attack moves. It deals damage to one opponent, applies the Move Gauge Acceleration effect to all allies, and increases the Physical Moves ↑ Next and Special Moves ↑ Next effects of all allies by two ranks.
Also, their Cynthia’s Aura Passive Skill can turn the field of play’s zone into a Fighting Zone the first time they enter a battle or after using their Sync Move.
On top of that, their It Won’t End Here! Move raises the Defense and Sp. Def of all allies by six stat ranks when the zone is a Fighting Zone, thus giving their team’s defenses a big boost. (It raises those stats by four stat ranks when the zone is not a Fighting Zone.)
Plus, they can restore an ally’s HP with Potion and their Team Fist Bump 3 Passive Skill have a chance of restoring the HP of all allies when successfully attacking with a Move, so they can provide valuable support to their allies no matter which Sync Pairs they’re teamed up with.

Sygna Suit Red (Thunderbolt) & Pikachu are an Electric-type tech Master Sync Pair.
Their Buddy Move is called B Volt Tackle and is usable when the terrain is Electric Terrain. It ignores the target’s Passive Skills that would reduce its damage or protect the target against a critical hit. It also ignores the target’s Enduring effect and lowers the target’s Defense and Sp. Def by one stat rank when that target is paralyzed. Note that B Volt Tackle’s power will not be reduced even if multiple opponents are targeted. Sygna Suit Red (Thunderbolt) & Pikachu can also use Max Moves, and their G-Max Volt Crash can leave all opponents paralyzed.
Sygna Suit Red (Thunderbolt) & Pikachu can turn the terrain into Electric Terrain themselves, so use their Moves to maximize B Volt Tackle’s potential!
Plus, their Spark of Victory! Move can raise their Attack by six stat ranks and apply the Gradual Healing effect to all allies, making them a Sync Pair that can excel at both offense and defense!

New Sync Pairs to Be Added to the BP Item Exchange!

Note: Please wait until the Sync Pairs are added to the BP Item Exchange for details about their capabilities.

The Legendary Arena Will Be Open Permanently!

Starting September 7, 2022 at 10:00 p.m., you’ll be able to take on the Legendary Arena whenever you want.
Whether you missed some of the battles in the past or just want to step up to the challenge and test your skills, this will be a great opportunity!
Legendary Arena Event Missions offering Gems as rewards are scheduled to be available in the future as well, so be sure to take those on, too.

We also have a lot more content planned for early September, including the Electric- and Fighting-Type Egg Event, the Electric-Type Gear Event, and a returning event.
A new event is scheduled for mid-September as well, so we hope you enjoy it.

Plus, Epic Battle Event Legendary Gauntlet will begin in late September!
The Legendary Pokémon that will be your opponents this time are Latios, Azelf, and Cobalion. In preparation for these battles, we recommend training your Dragon-, Ice-, Bug-, and Fire-type Sync Pairs and taking on the permanent Legendary Arena battles.

Our next message is scheduled for late September.
In it, we plan to share information about new Sync Pairs that will arrive in October, as well as new upcoming events.